They’ve arrived! Images from NASA’s Juno spacecraft P7 pass have landed on Earth (a few days early no less) showing Jupiter’s Great Red Spot from the closest distance that it’s ever been imaged before. Captured on the night of July 10 (early July 11 morning UTC) the closest Junocam images were taken from a distance of only about 5,600 miles from the top of the storm’s clouds—that’s less than an Earth diameter away from a hundreds-year-old hurricane an Earth and a half wide!

Amateur image processors are undoubtedly already busy working on the raw data posted on the Junocam site; the image above is my first rendering made from a map-projected PNG file which centers and fully-frames the giant storm in contrast- and color-enhanced detail (see the original here.) The resolution is low but this is what my “high-speed” workflow is set up for—higher resolution images will take more time and I’m anticipating some incredible versions to be created and posted later today and certainly by tomorrow and Friday by some of the processing superstars in the imaging community (Kevin, Seán, Björn, Gerald, I’m looking at you!)

This is only the beginning; keep an “eye” out for some amazing GRS images to come!

Note: the image above has been featured by NASA; it and my quote are included in an official news release! Check it out.

UPDATE: Here’s another processed map-projected image, captured a few minutes after the first one: 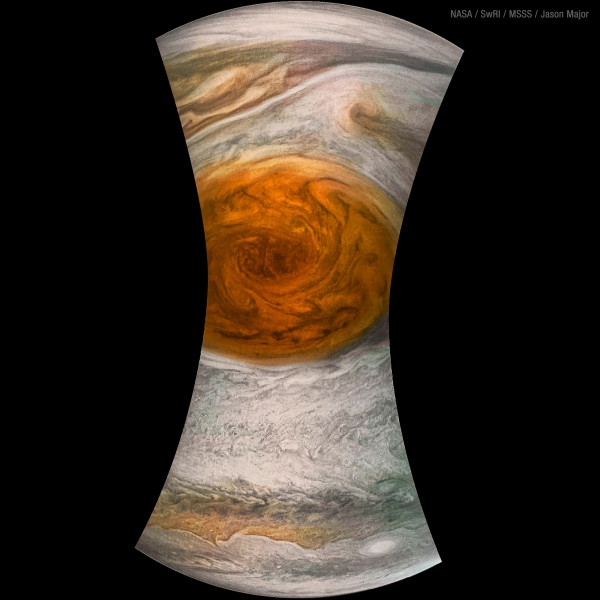 AAAAAAND here’s one more, this one at an angle so some enhanced shadow depth nicely highlights the cloud layers in the GRS: 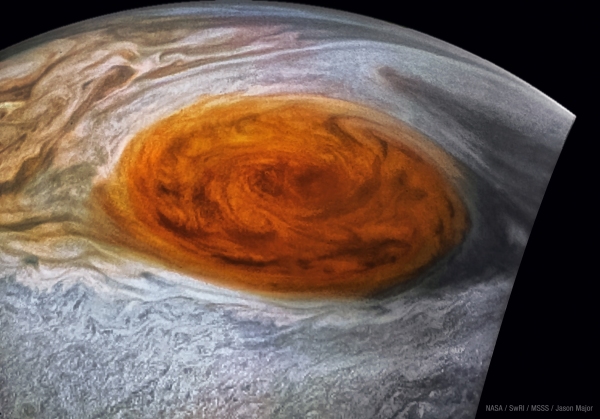 This image is a crop and further process of a larger version processed by Gerald Eichstadt, who always does great work with Junocam’s clunky raw files: 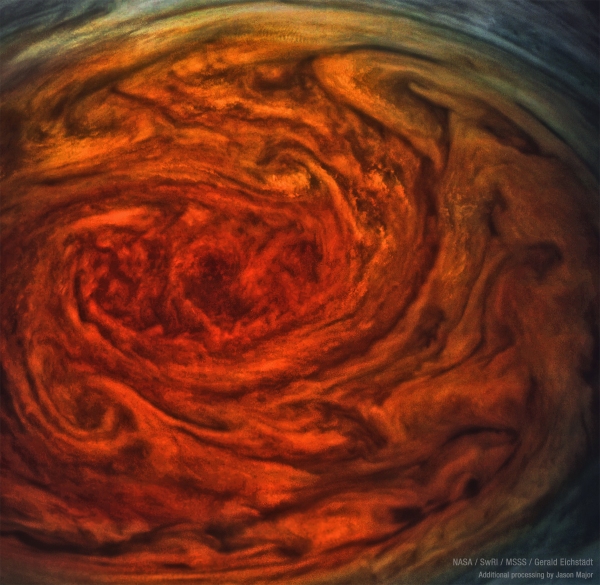 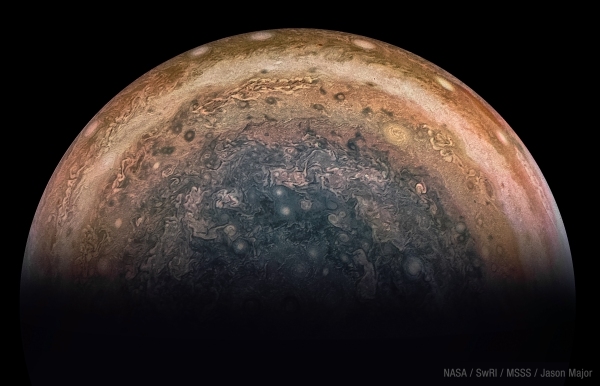 Want to read more about my and other “citizen scientists” work on NASA images? Check out this feature story in Newsweek!