At first glance it may seem as if the University of Arizona’s HiRISE camera needs a little focus adjustment. But notice the few scattered little impact craters and dune ripples in this image and you’ll realize there’s nothing wrong with the focus—it’s the surface of Mars that’s blurry here!

This image (ESP_012692_1810) shows an area just northwest of the crater of Pavonis Mons, an extinct volcano in the Tharsis Montes area of Mars. One of three giant domes, the top of this mountain rises so high into the Martian atmosphere that the air is very thin, like many high mountains on Earth. But unlike our tallest peaks, which often have high-velocity winds constantly scouring their flanks, the summits of these volcanoes are subject to the much thinner high Martian air with wind barely strong enough to remove the dust that settles on them from the frequent seasonal dust storms.

It’s this dust layer, only slightly stirred by the wispy air, that makes this high-resolution image appear out of focus.

Zooming in to the upper left part of the image shows smaller-scale dune features, which are clearly much more “in focus:” 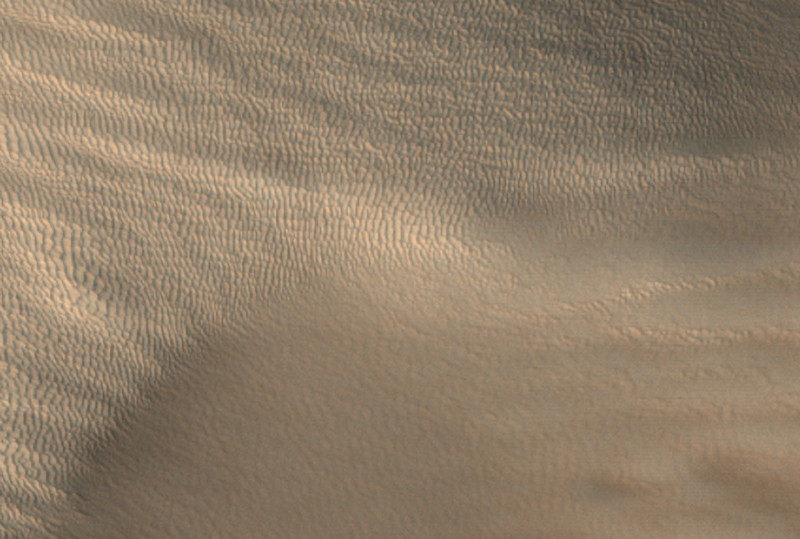 It’s estimated that the high-elevation dust coating is several yards thick, built up over millennia.

(Maybe the next exploration rovers should be built by Dyson.)