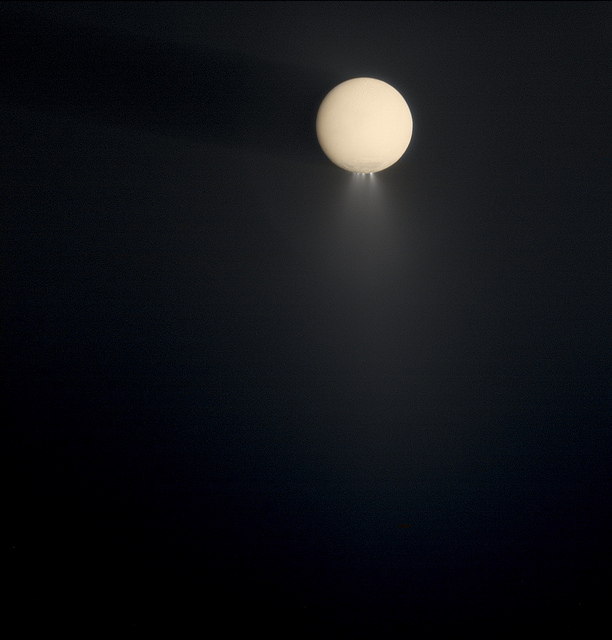 Another awesome upload by Gordan Ugarkovic, here’s a color-composite image from Cassini data taken in December 2009 showing a jetting Enceladus lit by “Saturnshine” – reflected diffused sunlight from an off-frame Saturn – and given a Saturn-y coloration at the same time!

Icy Enceladus is typically a bright white color, with some grey and blue markings along its polar crevasses, and its jets are likewise white, but with the light reflecting off the sandy tan cloudtops of Saturn’s middle latitudes the little 300-mile-wide moon gets a whole new look!

Another nice feature is the visible shadow Enceladus is casting through the icy smoke of the E-ring. Nice work, Gordan!

View details of this and more of Gordan U’s work on Flickr.