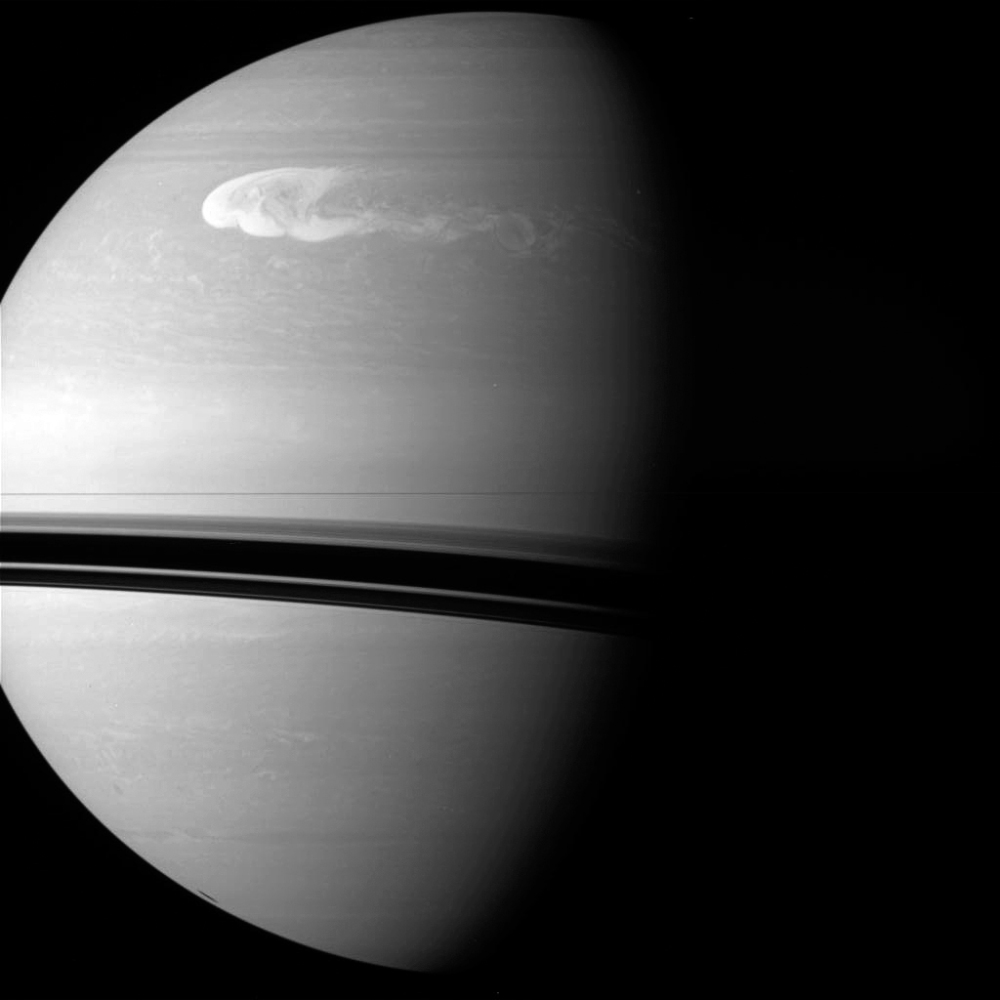 Earlier this week the Cassini spacecraft captured this image of an eddying storm in Saturn’s northern hemisphere. Nearly as large as the Earth, the bright clouds have been visible to amateur astronomers for several weeks and on December 27 Cassini was able to get a nice view of its own from orbit! Fantastic.

See more images of this storm on the Cassini Imaging Center site here.

ADDED: see a color version of this image, in patented MethanoVision by Mike Malaska!