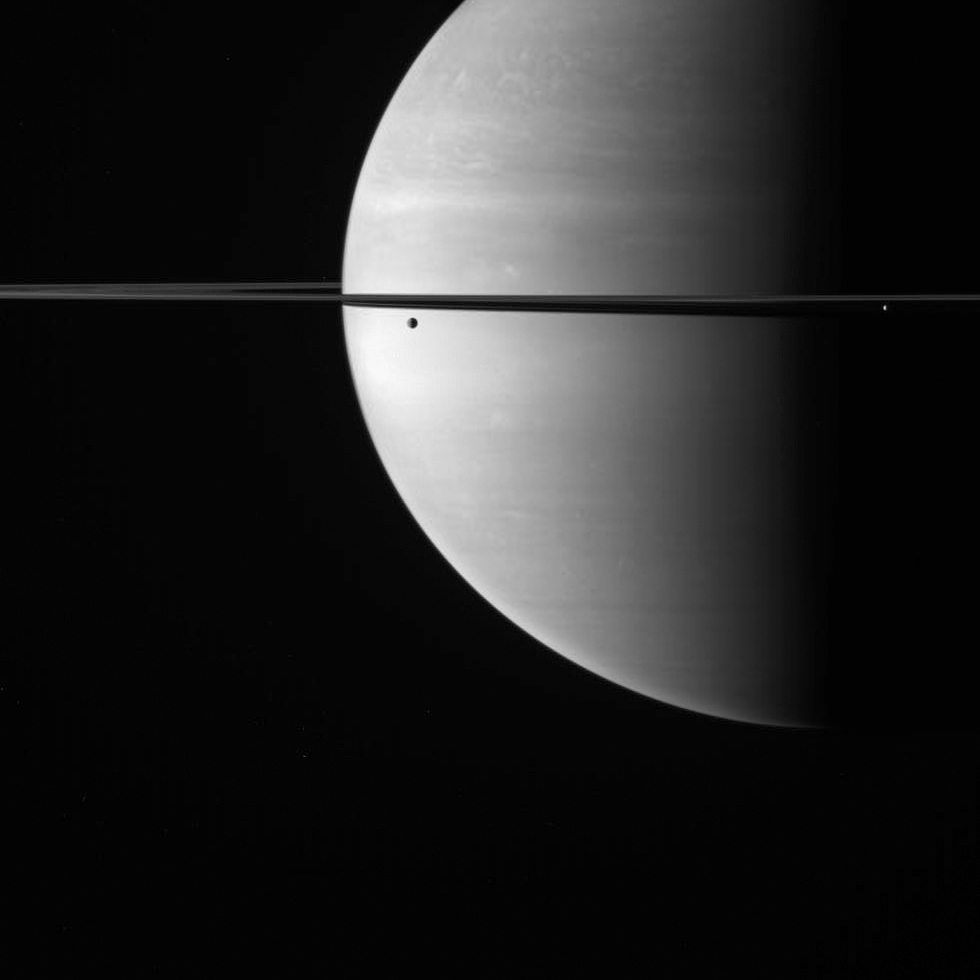 Moons Rhea and Enceladus orbit along the ringplane in this view from Cassini, taken November 6, 2009.

That is, I think it’s Rhea and Enceladus in this image. It’s hard to tell for sure from this distance. (Cassini was over 1.2 million miles from Saturn when this was shot.) If anyone knows for sure, I’m open to correction.

I added some detail here that was not in the original raw image; the clouds visible in Saturn’s atmosphere are taken from another image, shot the previous day from a similar angle but with less exposure.

I am assuming the smaller moon is Enceladus based upon its apparent size, location and brightness…covered in ice, Enceladus is one of the most reflective worlds in the solar system.