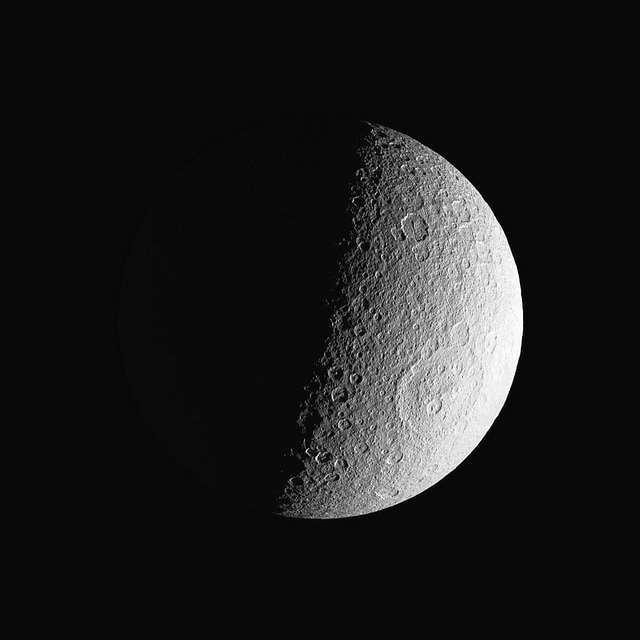 Here’s a wonderfully crisp portrait of Saturn’s moon Rhea, taken by Cassini on October 17, 2010 at an altitude of 24,300 miles. Illuminated on the right by sunlight, the left hemisphere is dimly lit by reflected light from Saturn.

Rhea is Saturn’s second-largest moon after Titan, but at 950 miles across (compared to 3,200) Rhea is less than a third the larger moon’s size. Its high reflectivity is a result of its mainly being composed of water ice, which is harder than rock is on Earth at Rhea’s frigid temperatures of -300º F. Even colder than sister moons Dione and Tethys, Rhes is perhaps the most extensively cratered world in the solar system.

I made some level adjustments and high pass opacity sharpening to enhance detail, and I also cropped the moon from its original background and placed it onto a clean field of the same color black to remove image sensor banding artifacts (some of which are still visible on the night side.) See the original raw data file here. (Also check out a very cool animation of Rhea in motion – and in color – on this previous post.)