Today, tens of thousands of people are gathering in northeastern Australia to witness one of the most amazing and dramatic astronomical events known: a total solar eclipse. At 2:39 p.m. EDT (19:39 UT) the Moon will begin to pass in front of the Sun for viewers around Cairns, Australia, leading up to a brief period of totality at 5:12 p.m. EDT (22:12 UT). At this time, the Sun will be completely blocked by the disk of the Moon, revealing the wispy strands of the Sun’s outer corona. It will be a spectacular view that’s possible at no other time, and will give scientists a chance to study some curious aspectsof the Sun’s atmosphere.

“On a scale of one to ten, a total solar eclipse is a MILLION.” – Fred Espenak, aka “Mr. Eclipse”

Couldn’t make it to Australia today? It’s ok… the event will be aired live online by several science media channels, including NASA/the Astronomical Association of Queensland, the Slooh Space Camera and the GLORIA project.

NOTE: Looks like the live feeds from Ustream can’t be added to WordPress anymore, which is unfortunate. But you can still watch at any of the above links. And for more eclipse viewing sites and info, check out this article on Universe Today.

UPDATE: If you missed the live event, here’s a couple of screenshots from the Slooh Space Camera feed and from the NASA-sponsored feed from Palm Cove, Australia. While the clouds were building up along the Cairns coast, there was enough of a break to allow viewers to see a few moments of totality, making it all worth it! Looking forward to more hi-res images as folks begin sharing them. 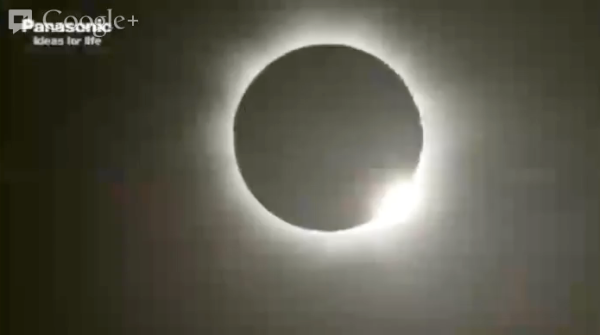 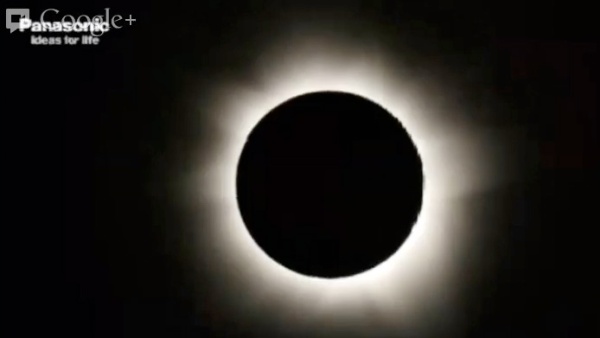 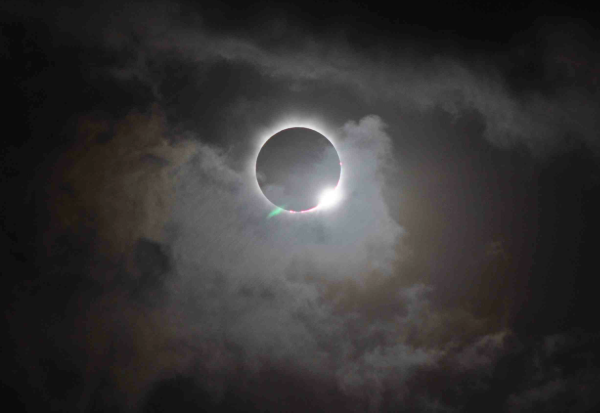 And here’s a really nice raw video of the eclipse by YouTube user AntGag17: